Watch out for the ducks, they're impostors! 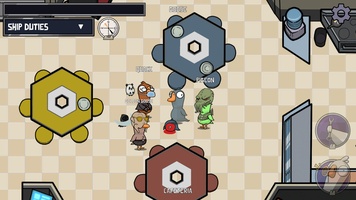 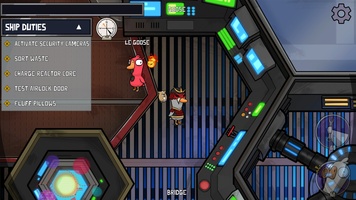 広告
Goose Goose Duck is a game that's openly inspired by the great Among Us. However, instead of astronauts in a space station, you'll play with geese in a space station. Your mission, depending on whether you're a goose (crew member) or a duck (impostor) will be to survive until the end of the game or to kill the rest of the characters, respectively.

The gameplay in Goose Goose Duck should be familiar to anyone who's played Among Us, or any of the similar titles that have become popular since its release. When you start a new game, you'll be assigned one of two possible roles: goose or duck. If you're the duck (impostor) you'll have to try to kill all the geese in the game, without being discovered in the process. However, if it's your turn to be a goose (crew member) you'll complete missions to try to make the time run out sooner and be able to find the duck before it's too late.

One of the great things about Goose Goose Duck is that it has an integrated voice chat. Thanks to this feature, you'll be able to talk directly with the other geese using your microphone, so communication is much easier than typing in the chat. Of course, you can also mute any player you find annoying. Another point in favor of the game is the huge number of 'skins' and customization elements for your avatar that you can unlock as you play more rounds.

Goose Goose Duck is an excellent alternative to the fun Among Us, that will let you participate in thrilling rounds of up to 16 players simultaneously. The game's graphics are also really great, with a simple but colorful style and charming designs.
監修 Andrés López
広告